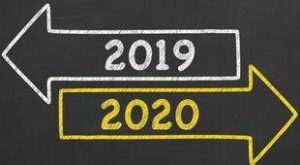 As 2019 draws to a close, it’s interesting to review the year that was, and look ahead to election year.

It has been a year of tragedy.

This week the White Island eruption claimed sixteen lives, with many more in hospital in a critical condition. Our sympathy goes out to those who are suffering as a result of this terrible tragedy, and our heartfelt thanks go to those who so bravely helped with the rescue.

A tragedy of a different kind occurred on March 13th when 51 people were brutally murdered in Christchurch by a deranged Australian gunman. It was an act of lunacy that we tend to only ever read about in overseas newspapers. It showed we are not so distant from other countries as to be immune from the actions of radicals.

In the days and weeks that followed that incident, however, we witnessed the deplorable use of the disaster by political opportunists.

Leading the charge was the Prime Minister, who so admirably stood in support of the victims, only to then use the event to push through her Party’s punitive firearms agenda – an agenda that under normal circumstances would have been considered far too restrictive and unreasonable to have become law. In what appeared to be her desire to look decisive on the world stage, the PM penalised all law abiding Kiwi firearm owners.

Others used the tragedy to call for the introduction of ‘hate speech’ laws to silence anyone speaking out against their agendas. While the Minister of Justice has indicated support for such a law change, we have yet to see any details.

2019 was to be the year of delivery for Labour. Their multitude of working groups were meant to provide law change recommendations to implement election promises. We were told their agenda would be transformational, and have a wellbeing focus.

Reality has not lived up to the expectations.

The Welfare Working Group proposed such expensive reforms – costing over $5 billion a year – that they too were largely shelved.

After an embarrassing legacy of failure, Labour’s flagship KiwiBuild policy was finally abandoned, and the Minister Phil Twyford demoted into virtual obscurity. While house building still remains part of the Government’s agenda, there are no targets so no accountability.

Meanwhile New Zealand First’s Provincial Growth Fund Minister is continuing to splash the cash, although a relatively modest spend of $300 million out of the $3 billion three-year total, seems to indicate the majority of the money is being held back until election year. While it appears that only 616 full time jobs have been created from the allocated funding, the Wellington-based unit responsible for administering the fund has doubled in size over the past year to 116 employees, 71 of whom earn an annual salary of more than $100,000.

Under Jacinda Ardern’s Government, immigration has carried on at near record levels in spite of election promises by Labour and New Zealand First to dramatically cut the numbers. Those politicians realise that in the absence of any significant increase in export revenues, immigration remains the main driver of New Zealand’s economic growth.

Labour’s ideological attack on landlords has carried on unabated. They extended the brightline capital gains tax on rental housing from two to five years and introduced new requirements for insulation, heating, and ventilation. More regulations will come into effect next year – including limiting the ability of property owners to serve notice on problem tenants.

By over-regulating rental housing and villainising landlords, the inevitable has happened: rents have increased and are continuing to rise. This is leading to a surge in homelessness and a significant escalation in the state house waiting list, with a record-breaking 14,000 families now waiting – well over double the 5,800 when Labour took office. In addition, 30,000 families are now in emergency housing, up from 6,000 two years ago.

Without a doubt, Labour’s attack on landlords has exacerbated the housing hardship that many families are now facing. Their policies are making the problem worse.

Jacinda Ardern’s Government has also villainised  farmers through draconian law change proposals that include punitive taxes on livestock emissions and unworkable water quality restrictions. These will undermine a backbone industry that the country relies on for export earnings.

Under the Labour Government, social wellbeing is also deteriorating.

New Zealand is continuing to slide in education. According to the latest three-yearly Programme for International Student Assessment (PISA), which compares 15-year-olds from 65 countries in reading, science, and maths, New Zealand is failing to improve its rankings.

When the tests started in 2000, New Zealand ranked 3rd in reading, 7th in science and 4th in mathematics. The latest results of 6,200 New Zealand students from 194 schools produced a ranking of 11th in reading and 12th in science – the same as the 2015 result – while maths has slipped from 21st to 27th.

In the latest tests, China led in every subject, followed by Singapore, with Macau in third place.

Shamefully, the New Zealand report also indicated an alarming increase in bullying, a significant rise in truancy, and an increasingly negative attitude towards school by students.

Under Labour, health outcomes are also in serious decline. Since health targets were removed in 2017, for the first time in a decade, the number of elective surgeries performed in New Zealand has dropped – by 6,000. Immunisation rates have fallen from 92.2 percent to 90.1 percent, the proportion of cancer patients treated within the timeframe guidelines has declined from 93.2 percent to 87.6 percent, and Emergency Department patients seen within six hours has fallen from 93.1 percent to 90 percent.

Meanwhile, hospital waiting lists in many parts of the country have exploded with thousands more sick people waiting for specialist assessments and operations.

In spite of employers crying out for workers, the latest benefit statistics from the Ministry of Social Development show the total number of working age New Zealanders on welfare has risen from 277,000 when Labour came to office, to almost 300,000.

The number of Jobseekers has risen 18 percent to 143,000 – the highest level since the global financial crisis.

MSD has admitted that this is largely due to a Government directive changing their focus from getting people into jobs, to providing financial assistance. As a result, while the number of special needs grants has increased by 75 percent from 200,000 to 350,000 a year, there is no pro-active work expectation for almost 80 percent of the unemployed.

When it comes to climate change, the rise of Greta Thunberg, a 16 year old Swedish girl with Asperger’s Syndrome as the anointed leader of the climate movement, highlights how the United Nations global warming agenda has become a social justice cult. The irony is that while we live in an information age, it’s no longer scientific facts that are being shared, but social hysteria.

Prime Minister Jacinda Ardern is part of the problem. With her eyes firmly on the global stage, she has forced the world’s most punishing carbon restrictions onto New Zealand. She expects Kiwis to make significant economic sacrifices, while other leaders in other countries like China and India continue their focus on growing their economies and lifting living standards.

This year has also shown us just how determined the Maori sovereignty movement is to gain power – and how successful they have been. Their demands for race-based ‘solutions’ now pervade virtually every aspect of our community including the criminal justice system.

“Davis is keen to have miscreants’ mana restored in establishments where prison officers are encouraged to regard the people in their custody not as a ‘prisoner’ or ‘offender’ but as ‘men in our care’ (at least in a prison for men). In Tongariro Prison the flawed citizens in their care are being called ‘paihere’… a term developed in consultation with local iwi, Ngati Tuwharetoa.”

Bob explains that with 10,000 prisoners in its custody, Corrections’ new strategy will require staff to refer to prisoners as ‘clients’, ‘people in our care’, ‘paihere’, or to call them by their first names. Words like ‘muster’ will also be banned.

But going soft on prisoners is madness – and that’s what many prison officers are saying about these new changes. Prison is meant to be a punishment – a deterrent to help prevent crime. It is not supposed to be a holiday camp.

The timing of Labour’s decision to make prisons a kinder place is particularly bizarre, since thousands of criminals are being deported back to New Zealand from Australia.

A 2014 Australian law change allowed non-citizens sentenced to a year in prison to be sent back to their home country. Many of the more than 1,200 Kiwis who have been returned are gang members, and as a result, Australian gangs – including the Rebels, Comancheros, Bandidos, and the Mongols – are now setting up chapters in New Zealand.

This is contributing to the number of patched gang members now growing at the fastest rate since the 1970s, with an increase of 1,400 in the past two years – a 26 percent rise since Labour became the Government.

With over 6,700 gang members in New Zealand, what this country does not need is a government that’s going soft on crime.

While the election isn’t until next year, the electioneering has already begun. Labour is promising to open up the taxpayers’ chequebook with a $12 billion spending spree using borrowed money – reminiscent of the spend big strategy of Rob Muldoon.

Infrastructure spending will obviously be a key election platform. It may be smart politics but it’s reckless economics to increase the country’s debt. Clearly Labour wants to turn attention away from its legacy of policy failure – including failed promises to get rid of poverty, improve wellbeing, deliver Kiwbuild, and introduce a capital gain tax.

In fact it’s quite on the cards that Labour will promote – as their own – some of the infrastructure projects that National had promised before the last election.

Meanwhile Treasury’s Half Year Economic and Fiscal Update shows the economy is now slowing, in spite of the fact that two years ago Labour inherited a buoyant economy that was being described as a ‘rock star’.

In those two years Labour’s agenda has undermined progress. They have failed to recognise that what makes economies strong is the energy and passion of wealth creators freely pursuing their hopes and aspirations. They are the ones who take the risks, and by using their skills and initiative, create jobs and pay taxes to help keep the country running.

But instead of encouraging enterprise, all Labour has done since the election is penalise the business sector. It’s no wonder they’ve put away their cheque books and shelved their big ideas.

In spite of all of this, as things stand at the moment, the 2020 election looks like it could be a re-run of 2017 with Winston Peters having the power to appoint the Prime Minister. Since that’s not likely to be Simon Bridges, if National wants to gain the Treasury benches, perhaps they need to take a leaf out of Boris Johnson’s book and have the courage to stand up for principles that matter to the common people. In the UK it was Brexit that was dividing the country, and the Conservatives successfully campaigned for national sovereignty and unity.

In New Zealand it is the pursuit of race-based power and privilege that is dividing the country – and, like Brexit in the UK, deep concerns span across the political divide.

Will National have the courage to campaign for unity in 2020?

*Which party do you think is likely to lead the country after the next election – Labour or National?