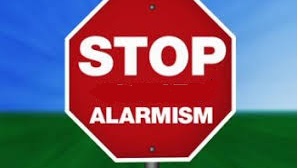 Fear is a natural survival instinct and arguably more motivating than logic and reason. It can also be used to great effect to shift the mindset of communities and nations.

While such manipulation is, of course, not uncommon, what is surprising is how blind societies are to recognising when fear is being used as a tool for political persuasion.

We recently saw this in the Government’s response to the Covid-19 pandemic when the Prime Minister used alarmist computer modelling to justify her “Captain’s Call” to lock the country down.

Claiming “tens of thousands of New Zealanders” could die, the PM rejected Ministry of Health advice to stay at Level 2 for 30 days, and imposed what we now know to be the most stringent policy response in the world.

Instead of relying on cost benefit analyses and regulatory impact statements from trusted government agencies to inform her decisions, the PM chose inaccurate computer models that grossly exaggerated the number of deaths.

It has now been revealed that the modelling she relied on did not take into account the contact testing and tracing that was central to the health response being implemented by Dr Ashley Bloomfield, the Director General of Health.

The explosion of predicted deaths that resulted, was then used by the PM to scare the country into accepting her hard-line lockdown.

This is not the first time the Prime Minister has used scaremongering to force her policy agenda onto the country. Her whole response to climate change has been based on fear.

Climate change is, of course, a natural process influenced by a wide range of factors including the sun, clouds, and ocean currents. Throughout history, the Earth’s climate has been far hotter than it is today and far colder. Sea levels have been far higher and far lower. Carbon dioxide – the trace gas used by plants to make food – has existed at far higher atmospheric concentrations and far lower.

But the United Nations’ climate models that are being used to redefine economic policy around the world, only focus on the minuscule proportion of carbon emissions produced by humans. In doing so, they disregard not only the 97 percent of carbon dioxide from natural sources, but also the overwhelming influence that other crucial factors such as the sun have on the climate.

These alarmist models, which blame climate change on humans, are being used by politicians – including our Prime Minister – to implement the UN’s socialist agenda: state control of all economic activity through the regulation of carbon emissions.

Fortunately, most scams motivated by scaremongering are eventually exposed – often by the very people who pioneered the movements before they were captured by political extremists.

This week’s NZCPR Guest Commentator Michael Shellenberger is a leading American climate activist, who, having promoted global warming propaganda for almost three decades, has decided to stop the lies:

“On behalf of environmentalists everywhere, I would like to formally apologize for the climate scare we created over the last 30 years. Climate change is happening. It’s just not the end of the world. It’s not even our most serious environmental problem.

“Here are some facts few people know: Humans are not causing a ‘sixth mass extinction’; Climate change is not making natural disasters worse;  Netherlands became rich not poor while adapting to life below sea level; Habitat loss and the direct killing of wild animals are bigger threats to species than climate change; Wood fuel is far worse for people and wildlife than fossil fuels…

“I know that the above facts will sound like ‘climate denialism’ to many people. But that just shows the power of climate alarmism.”

Michael Shellenberger explains how difficult it has been to speak out against the climate scare:

“I was embarrassed. After all, I am as guilty of alarmism as any other environmentalist. For years, I referred to climate change as an ‘existential’ threat to human civilization, and called it a ‘crisis’.

“But mostly I was scared. I remained quiet about the climate disinformation campaign because I was afraid of losing friends and funding. The few times I summoned the courage to defend climate science from those who misrepresent it I suffered harsh consequences. And so I mostly stood by and did next to nothing as my fellow environmentalists terrified the public…

“As a result, half of the people surveyed around the world last year said they thought climate change would make humanity extinct. And in January, one out of five British children told pollsters they were having nightmares about climate change. Whether or not you have children you must see how wrong this is. I admit I may be sensitive because I have a teenage daughter. After we talked about the science she was reassured. But her friends are deeply misinformed and thus, understandably, frightened. I thus decided I had to speak out.”

While Michael Shellenberger deserves credit for speaking out and exposing the misrepresentation, those activists who lie who should be held to account – particularly by the media. It is therefore regrettable that so many in the media have decided their interests are better served by aligning with the popularists, rather than adhering to the bedrock values of their profession.

Prime amongst New Zealand’s serial alarmists is the Green Party’s Climate Change Minister James Shaw. Not only does he knowingly describe carbon dioxide, the cornerstone of life on earth, as a “pollutant”, but he also continues to claim that as a result of climate change, adverse weather events are getting worse, which is another alarmist fabrication that is simply untrue.

But as the late Stephen Schneider, a Stanford University Professor who had been a lead author for the UN’s Intergovernmental Panel on Climate Change explained, for advocates of climate alarmism the truth is not a priority: “…we need to get some broad based support, to capture the public’s imagination.  That entails getting loads of media coverage. So we have to offer up scary scenarios, make simplified, dramatic statements, and make little mention of any doubts we might have. Each of us has to decide what the right balance is between being effective and being honest.”

Fearmongering, of course, has been an effective tool to manipulate the public throughout history.

The myth that population growth will deplete food and resources, and ultimately destroy the planet, can be traced back to the writing of the Reverend Thomas Malthus in 1798.

These idea gained unprecedented traction following the 1968 release of The Population Bomb by Paul Ehrlich, an entomologist at Stanford University. The book incited such fear of overpopulation that it triggered waves of repression around the world.

The facts, however, tell a different story. Population growth has been slowing for more than three decades. Forty years ago, while the average woman had between five and six children to ensure the survival of the next generation, she now has between two and three. Women are having fewer children because better healthcare means that most babies now live to grow up. As a result, half of the world is already below the long-term replacement level.

Concerns over ‘peak oil’ have also been in and out of vogue over recent decades. Driven by the theory that the world would run out of oil, the reality is that rather than resource depletion, scarcity has been the result of geopolitical disruption.

The Club of Rome, an Italian-based think tank established in 1965, investigated resource scarcity in their highly influential book The Limits to Growth. Using computer modelling, they forecast apocalyptic economic and environmental disaster.

Ironically, it has now become clear that, contrary to what they were predicting, the best way to improve humanity and the environment is through more growth, not less. As countries improve their living standards, so too they improve social, economic and environmental wellbeing. It is the resourcefulness of free markets to innovate and maximise the efficient use of resources that results in a progressive improvement in living standards.

This contradiction has not stopped our politicians – with fossil fuels identified as the villain, their policy response of an increasing carbon levy, has effectively imposed socialist state control over all economic activity.

When the Prime Minister and Climate Change Minister introduced their Zero Carbon Act last year, they boasted about imposing the harshest restrictions on carbon emissions of any country in the world. Then last month, they amended the Emissions Trading Scheme to cap carbon emissions, causing the price of carbon to jump from around $25 a tonne to $33.

At $25, New Zealanders were paying an ETS levy of around 4c for every litre of petrol they bought. At $33, the levy is now around 7 cents a litre, and at $35, it will be around 9c a litre. Such price hikes will flow right through the economy, increasing the cost of living.

Meanwhile the carbon price rise has had a major impact on vegetable affordability, especially tomatoes. With hothouses no longer economical in some areas, local growers are being forced to close. As a result, New Zealanders will see an increase in produce imported from countries with no carbon costs.

With the 2015 Paris Agreement on Climate Change specifying that measures introduced to enable countries to meet their carbon targets must not reduce food production, Minister Shaw is clearly breaking the rules.

Governments can only get away with imposing socialist control under the guise of climate change because of their scaremongering. By endlessly claiming that burning fossil fuels is causing dangerous global warming, they promote renewable energy as the only sustainable alternative.

In a controversial new film, Planet of the Humans, which climate activists have tried to ban, filmmaker Michael Moore provides a devastating indictment of the renewable energy scam, explaining it is not clean, green, nor sustainable, but is more destructive than the energy sources it seeks to replace.

The film shows how wind, solar and biofuel projects destroy wildlife habitats, rare and endangered species, and millions of acres of forests, deserts and grasslands.

It exposes bogus claims about the benefits of renewable energy and explains that electricity for a small city of 50,000 households requires 15 square miles of solar panels, along with wind turbines, and a huge array of batteries – or a coal or gas power plant – for nights and cloudy days.

Paul Driessen, a senior policy analyst for the Committee For A Constructive Tomorrow, reviewed the film and describes the turbines:  “Each one is comprised of nearly 5,000,000 pounds of concrete, steel, aluminum, copper, plastic, cobalt, rare earths, fiberglass and other materials. Every step in the mining, processing, manufacturing, transportation, installation, maintenance and (20 years later) removal process requires fossil fuels. It bears repeating: wind and sun are renewable and sustainable; harnessing them for energy to benefit mankind absolutely is not.”

While some of the film’s conclusions are questionable, Michael Moore raises concerns about the merits of alternative energy that alarmists have conveniently ignored: “We’re basically being fed a lie.” Maybe we’d be “better off just burning fossil fuels in the first place,” than doing all of this.

Although dissenting voices are not yet dominating the debate about climate alarmism, there is enough concern for political leaders to stop the headlong rush into policy extremism and exercise some common sense judgement.

With New Zealand already struggling to recover from the harsh lockdown, the last thing this country needs is climate policy based on scaremongering to undermine our fragile economic recovery.

*Should the Government put New Zealand’s climate response on hold?