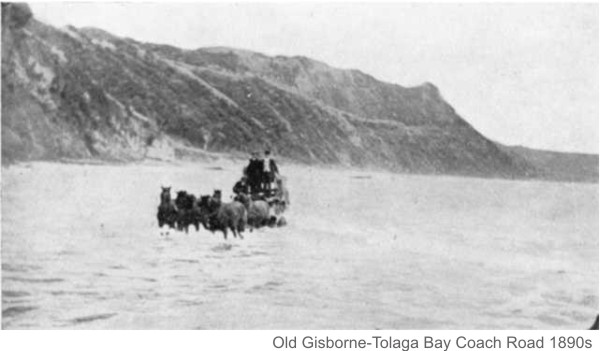 After months of procedural work, developments relating to the Marine and Coastal Area Act claims process are coming thick and fast. They include a new Bill in front of Parliament, a series of High Court case management conferences for claimants, the notification of priority claims for Crown Engagement, and a Waitangi Tribunal inquiry.

The Nga Rohe Moana o Nga Hapu o Ngati Porou Bill (No 2), which gives effect to a deed of agreement between Ngati Porou and the Crown for around 200 km of the East Coast coastline north of Gisborne, highlights the cost to taxpayers of bogus coastal claims.

Until seven years ago, the whole coastal marine area was vested in the Crown under common law, on behalf of all New Zealanders. The area stretched out from the mean high-water springs mark to the 12-nautical mile Territorial Sea limit. Everyone had free access, and the rules associated with the use of the area for defence, commerce, conservation, and recreation, were governed by a variety of Acts of Parliament.

Then in 2002, as a result of an escalating dispute between Nelson tribal groups and their local council over a marine farming application, the Court of Appeal overturned settled law, to find that customary title might exist in the coastal area and that it should be tested in the Maori Land Court. A tsunami of opportunistic claims followed which led to the Labour Government’s 2004 Foreshore and Seabed Act, which re-affirmed Crown ownership but enabled Maori tribes to claim territorial customary rights.

Qualifying for these rights involved a two step process. Firstly – and most importantly – the evidence, that the tribal group had used the area continuously and ‘exclusively’ since 1840 and that they owned the land bordering their claim, had to be proven in the High Court. And secondly, an agreement with the Government had to be negotiated.

While Ngati Porou pushed ahead to reach an agreement with Labour’s Minister of Treaty Negotiations, Michael Cullen, in 2008, they delayed their day in Court. In the end, the 2008 General Election, which resulted in John Key’s National Government taking office, derailed the process.

To appease their Maori Party coalition partner, National repealed the Foreshore and Seabed Act and replaced it with the Marine and Coastal Area Act, to encourage claims and make it easier for claimants to succeed. As a result, over 600 claims were lodged before the six year deadline – most within the last few days.

For whatever reason, Ngati Porou, with their agreement half finished under the old Act, did not lodge a claim under the new Act within the six year time limit. This new Bill gives them an extra two years to lodge their claim.

An article published last month by the Gisborne Herald newspaper was very critical of the way their claim had been dealt with by the Government: “Everybody knows Ngati Porou has no land or water rights. In 2008 the Crown promised traditional tribes the right to challenge Ngati Porou foreshore and seabed interests before the High Court under the Foreshore and Seabed Act 2004. The Treaty Negotiations Minister took a different route under the Marine and Coastal Area Act 2011, which enabled Ngati Porou to bypass a High Court challenge and enter an agreement.”

It certainly appears that Labour had put the cart before the horse when Michael Cullen negotiated a deal with Ngati Porou before their foreshore and seabed claim was tested in the High Court.

National appears to have followed suit by renegotiating that deal and recognising new privileges in a Parliamentary Bill, even though the validity of Ngati Porou’s claim had never been verified.

Furthermore the new Labour-led Government has now compounded the problem by sending that Bill, with its unproven rights, to a Select Committee.

Essentially the Ngati Porou Bill outlines a legislative framework that honours a deal agreed to with Michael Cullen in 2008, and amended by Chris Finlayson in 2017, to transition into the Marine and Coastal Area Act regime.

Part 1 gives effect to the deed of agreement between Ngati Porou and the Crown. Part 2 outlines a range of unique privileges that Ngati Porou will gain across their whole claimed area – as part of their 2008 agreement – covering resource consents, conservation activities, customary fishing, and the introduction of wahi tapu. Part 3 outlines changes that will apply once a Customary Marine Title has been agreed, and Part 4 identifies special conditions including a two-year extension to apply for a Customary Marine Title.

As with all other claimants, Ngati Porou has a choice of negotiating their claim with the Minister through ‘Crown Engagement’, or lodging it with the High Court. The same statutory tests that apply to all other claimants – that the tribal group has exclusively used and occupied the claimed area from 1840 to the present day without substantial interruption – will need to be met for their claim to succeed. If it does not succeed, according to the Bill as it stands, their Part 2 special privileges will continue to apply.

Their original agreement with the Crown shows that Michael Cullen agreed to pay Ngati Porou “to exercise their rights and perform their obligations under the deed and the recognition legislation”. That meant they were not only being given control of the coastline, but they were also being paid for it – to the tune of $7.6 million for the first 5 years, followed by $700,000 a year.

Under Chris Finlayson’s re-negotiated agreement, Ngati Porou will receive $15.3 million tax-free as a full and final settlement. That appropriation has been carried forward into the current 2018 Budget.

As the new Treaty Negotiations Minister, Labour’s Andrew Little had the opportunity to investigate the validity of Ngati Porou’s customary rights claims to the coast. Instead, he rubber stamped the Bill to a Select Committee. Judging by the supportive First Reading speeches in Parliament – see HERE – unless the public get involved and send in submissions, this Bill is likely to receive very little scrutiny.

This week’s NZCPR Guest Commentator, Dr Hugh Barr, Secretary of the Council for Outdoor Recreation Associations, has been looking into the Ngati Porou Bill, and questions the legitimacy of their customary rights claims:

“Strong evidence exists that these hapu claims do not meet the exclusive occupation and use requirement. In fact, there are very good reasons why it is very hard for any tribal group to gain a Customary Marine Title, especially around the East Coast.

“Historic photos exist of Stage Coaches driving along the beaches, in the sea, and on tracks around promontories, showing that the coast was the main path for walkers and coaches from 1840 until the Second World War. When steamships provided supplies and loaded cargo from the 1880s on, they loaded and unloaded across the foreshore, often to settler farms behind.

“And from 1950s, better roads meant that people built baches along the coast, so ensuring that tribal groups did not generally have exclusive occupation and use from then on.

“There may be a few small areas of coast where the public is prohibited from going. But there are no areas of the sea where this is so, since the ownership of New Zealand’s foreshore and seabed was vested in the Crown under common law.”

Anyone who is concerned about the whole marine and coastal area claims process should consider opposing this Bill on the basis that everyone else had six years in which to lodge their claim – plenty of time for Ngati Porou to comply. A two-year extension is unacceptable, especially as it will delay all other claims that overlap the area.

In addition, under Parts 1 and 2, the group will gain significant rights and privileges across their whole application area, even if it is found in the end that their evidence does not stack up and they do not qualify for customary title.

The closing date for submissions on the Bill is June 22nd – full details can be seen HERE.

Meanwhile, the first case management conferences for some of the 200 claims lodged in the High Court are underway – but only for select claimants and their counsel.

These claimants and those with overlapping claims attended case management conferences at the High Court in Wellington on May 28, Dunedin May 30, Nelson May 31, and Gisborne June 5, with Tauranga scheduled for June 6, Rotorua June 7, Hamilton June 8, New Plymouth June 20, Whangarei June 25, and Auckland June 27.

The Attorney General says the objective of the case management conferences is “to identify as clearly as possible what issues will need to be addressed before the court puts in place timetables to have the substantive applications heard and determined”.

However, without a doubt, the High Court cases are edging closer, so, if you would like to help, please remember that there are two main avenues.

Firstly, we have established a register for people who would like to research claims to help prove that coastal areas could not have been held exclusively by tribal groups since 1840. If you are interested in registering and helping – please click HERE.

And secondly, we are now fundraising for the cost of legal fees and other expenses that the two volunteer groups that are fighting against all of the claims will incur. If you would like to help, please click HERE.

With regards to the 385 claims that have been lodged for Crown Engagement, they too have been prioritised according to commitments made before the 2017 election. The priority claims are Te Whanau a Apanui, Ngati Koata, Te uri o Hau, Te Korowai o Ngaruahine, Rongomaiwahine, Ngati Porou,  Ngati Pahauwera, Taumata B, and Ngati Porou ki Hauraki. Applicant groups that overlap these nine claims will also be involved.

Further progress on Crown Engagement claims is expected to lead to extensive delays in High Court hearings, while claimants with claims lodged in both tracts wait see what is being offered.

The Minister has also verified that public submissions on Crown Engagement claims will be invited, but details about the process have not yet been released.

On top of all of these developments, the Waitangi Tribunal has announced it is holding a priority inquiry into the Marine and Coastal Area Act. Its focus will be on whether the legislative framework adequately protects tribal customary rights and is consistent with the Treaty. It will also inquire into widespread claims that the funding for claimants (up to $317,000 for High Court claims and $412,000 for Crown Engagement) is inadequate. Customary rights claimants are also saying they want compensation if they miss out on securing a deal.

Given the entrenched bias in the Waitangi Tribunal, it is not difficult to foretell the recommendations of their report: that the regulatory framework does not adequately protect tribal rights, that a lot more money should be given to tribal groups to pay for their fancy lawyers to perpetuate the claims process for as long as they are able, and that compensation should be paid to any tribal groups that miss out.

The claims process is a shambles. It has created a legal mess that benefits no one other than a select group of lawyers. The simple fact is that know-it-all Ministers should not have become entangled in the process.  There should be only one path to have a coastal area claim ratified, and that should be via the High Court.

Do you believe the High Court should be the only avenue for tribal groups to pursue marine and coastal area claims?