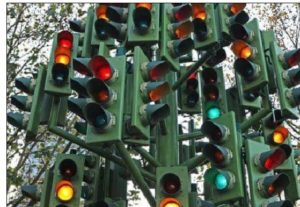 On Friday, Roy Morgan, Australia’s longest running independent market research company, published the results of its November survey of New Zealand political opinion, showing support for Labour, which has fallen 3.5 points to 36 percent, is now lower than when they were first elected to Government in October 2017 with 36.9 percent of the vote.

With support for the Greens steady on 10.5 percent, National increasing 0.5 to 26.5 percent, ACT climbing 1.5 to 17.5 percent, and the Maori Party rising one to 3 percent, the election night gap between the main voting blocks of Labour and the Greens, and National and ACT, has closed from almost 25 points at the last election, to 2.5.

The poll shows confidence in the Government is continuing to slide, dropping 8 points in November to the lowest level since October 2017, with pollsters identifying the main factor contributing to the fall was Jacinda Ardern’s decision to extend Auckland’s lockdown through November.

This is no doubt the key reason why the decision was made to open up Auckland’s borders far sooner than many expected, and it shows that politics is driving the Covid response – rather than the health and safety of New Zealanders.

Friday was also the day that Jacinda Ardern’s “traffic light” system went live. This signals a new phase in the Government’s management of Covid-19 – the fatally flawed elimination strategy is now well and truly behind us as New Zealand learns to live with Covid.

At the present time, twelve regions around the country are deemed to be red – Northland, Auckland, Taupo, Rotorua, Kawerau, Whakatane, Opotiki, Gisborne, Wairoa, Rangitikei, Whanganui and Ruapehu – with all other regions orange.

Regions are designated orange if they have some community transmission that could put pressure on hospitals, but while life for the vaccinated will be relatively unconstrained, the unvaccinated will continue to be restricted to contactless services and limited gatherings.

Once the number of Covid cases in the community declines to a minimum, the region can then go green which means that life for the vaccinated will be pretty much as normal, while restrictions will remain in place for the unvaccinated.

The traffic light system relies heavily on surveillance, especially the on-going checking of vaccine passports, with heavy penalties for those who fail to comply.

Local care providers will ensure patient needs are met while they are recovering at home, with a contact person assigned to each case, a health pack supplied, and a 24-hour health support line available.

Those experiencing mild symptoms are likely to receive a virtual health check every second day, while those at risk of developing complications will be monitored daily. Anyone needing more urgent help – especially if they have difficulty breathing – is advised to call 111.

Former TV3 Breakfast host Duncan Garner has had first-hand experience of the home isolation system, calling it a “failure”, a “multi-agency trainwreck”, and “a bumbling mess that gives me no confidence”.

After contracting Covid-19 last month he revealed, “I have not seen a doctor, nurse, or a health professional the entire time I’ve been sick, which is close on two weeks.”

He further explained that when his friend, who had also contracted Covid and was isolating at his home became so ill that he called for an ambulance, he was told to take Panadol instead!

At least three people are already known to have died in home isolation.

An independent review into two of those who died alone, released by the Northern Region Health Coordination Centre, found their deaths could have been prevented if the home isolation programme had been fit for purpose.

The report highlighted a number of failures including the fact that the public health phone checks were “not undertaken by interviewers with clinical skills”. This meant ‘red flags’ – such as a patient being too unwell to talk because of their pain – “were not identified” as major concerns to be followed up.

In one of the cases, phone calls to the patient went unanswered, but instead of triggering a home-visit or a call to the patient’s family, it took five days before any action was undertaken.

With these problems occurring during a period where the spread of the virus is relatively contained, major concerns are being expressed – including by the Minister of Health – over what will happen after December 15 when Jacinda Ardern removes all travel restrictions for vaccinated people, who may well be infected and spread the virus around the country.

The good news is that for most people – vaccinated or unvaccinated – Covid-19, which is often characterised by a loss of taste or smell along with minor cold-like symptoms, is nothing more than a mild viral infection lasting five or six days.

However, for around two out of ten, complications can set in, that in some cases, if left untreated, can become life-threatening.

Fortunately, a good deal of innovative research and empirical evidence is now emerging that is enabling health professionals to better understand and treat Covid-19.

One such clinician, Dr Shankara Chetty, a trained microbiologist and GP practicing in Port Edwards in South Africa, wanted to better understand why patients, who were feeling fine in the morning could become seriously ill by the afternoon. By carefully documenting the progression of the disease in his patients, he recognised that the rapid deterioration, which invariably occurred on the eighth day after the onset of the illness, resembled an allergic reaction followed by an inflammatory response, that, like a bee sting allergy, could prove fatal unless treated with antihistamines and steroids.

As a result of applying this treatment protocol, all 7,000 of his seriously ill Covid patients quickly recovered without the need for oxygen or hospitalisation.

For those who are interested, we have posted a detailed interview with Dr Chetty outlining his research and treatment HERE.

Without any change in the way our health system deals with Covid patients, there are concerns that once the internal borders open, hospital admissions could overwhelm our limited intensive care bed capacity, since New Zealand has only 4.6 ICU beds for every 100,000 people, compared to 6.4 in the UK, 8.9 in Australia, and 38.7 in Germany.

While 186 fully staffed ICU beds are available nationwide, on a “normal day” only 15 to 25 are free for emergency use. And since each ICU bed needs around five to six nurses to keep it operational, there’s an estimated national shortfall of around 100 ICU nurses.

The vaccine mandates, which saw over 1,300 health workers lose their jobs, has now exacerbated that situation.

Since rapid testing and PPE were successfully used to prevent the spread of the virus before the vaccine was available, the question of why these protections were not required instead of mandates for critical health workers, remains unanswered – especially as vaccinated staff and patients can spread the virus.

With the review into the two home-care deaths identifying that using telephone health support workers without clinical training costs lives, why not invite those who have lost their jobs because of the mandates to help provide the crucial phone support the country will need if Delta becomes endemic.

The Minister of Health, worried that a lack of ICU beds could cost lives, has now allocated $650 million to increase ICU capacity – $100 million for building, and $550 million for staff.

A further $500 million is budgeted for health, but instead of being used to benefit patients during this time of critical need, it is being spent on consultants planning the replacement of our District Health Boards with a centralised bureaucracy controlled by Maori.

Let’s be clear: health, to Jacinda Ardern, is less important than her political ambition of embedding Labour’s Maori partnership agenda into all levels of government – while she has the unbridled power of an absolute electoral majority.

Under cover of the pandemic the Prime Minister is replacing our needs-based health service with her Pae Ora (Healthy Futures) Bill – see our analysis HERE – that will replace our 20 democratically elected and community focussed DHBs with an apartheid system based on race. Her plan for Maori co-governance of health, comes straight out of Labour’s He Puapua playbook.

“The Maori Health Authority is established to be entirely Māori focused, and although Health New Zealand has additional focuses, it is also significantly focused on Māori, so the whole system is tilted towards Māori. It is clear from the explanatory note and from the Regulatory Impact Assessment that this is precisely what is intended.

The introduction to the Bill uses the fabricated claim of a Treaty “partnership” to justify the changes: “For Maori in particular, the health system does not operate in partnership and does not meet the Crown’s obligations under the Treaty of Waitangi.”

It then explains that radical Waitangi Tribunal recommendations are being embedded into the new health system: “The Bill places Treaty-informed decision-making at the heart of the system by ensuring that decisions made by health entities will be genuinely informed by the health principles identified by the Wiatangi Tribunal, and that the legislation will support system-wide accountability for Māori health outcomes.”

With submissions on the Bill closing at midnight on December 9 – and silence taken as acceptance – we are encouraging as many people as possible to send in a submission opposing the Bill. Submissions don’t need to be long nor complicated – just click HERE, then follow the prompts and when it says, “I wish to make the following comments”, in your own words (since ‘form’ submissions are all counted as ‘one’) outline the points you want to make, such as:

I wish to oppose the Pae Ora (Healthy Futures) Bill.

I urge the Committee to recommend the Bill be immediately withdrawn so our health professionals can focus on saving lives.

The time is fast approaching when Labour will need to decide whether it is happy becoming a second Maori Party under Jacinda Ardern’s leadership, or whether it prefers its traditional role, especially now that the polls are showing the public is waking up and saying enough is enough.

*Should Jacinda Ardern have sought a mandate from New Zealanders before changing our health system from ‘needs-based’ to ‘race-based’?