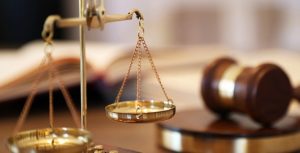 Following the terror attack in London earlier this month when two people were stabbed by an Islamic terrorist who’d recently been released from jail, the UK government has announced emergency legislation will be introduced to scrap the automatic early release of such prisoners.

While the automatic release process prevented oversight by the Parole Board, the offender was considered such a serious risk to the public that he was being shadowed around the clock by two armed police officers. According to Scotland Yard, this was part of a proactive counter-terrorism surveillance operation.

The terrorist was shot dead within 60 seconds of stabbing the two bystanders outside of the shop where he is alleged to have stolen a knife. One victim with minor injuries was discharged from hospital soon after the attack, while the other victim’s condition was said to no longer be life-threatening.

The two victims of a similar attack last November were not so lucky. They were killed near London Bridge by another terrorist on early-release from jail. In that case the offender was half-way through a 16-year sentence for terrorism offences.

At the present time in the UK, 74 offenders who were jailed on terrorism charges are out on parole, while a further 224 convicted terrorists remain in prison.

The Government is hoping to rush their proposed Counter-Terrorism Bill through Parliament before February 28, to prevent any further terrorists from being released. The Bill would end their automatic early release without the oversight of the Parole Board and increase maximum sentences.

The ideology of some offenders is regarded as so extreme, that in the interests of national security, it’s believed they should remain in prison indefinitely. As a result of changes to prioritise public safety over the ‘civil liberties’ of prisoners, Prime Minister Boris Johnson is considering suspending parts of the  European Convention on Human Rights.

In the past, legal challenges to such Government actions by human rights groups would almost certainly have ended up in the Supreme Court. But, as this week’s NZCPR Guest Commentator, British journalist Melanie Phillips explains, change is now underway following the appointment of the 63-year-old Scottish Judge Lord Robert Reed as the UK’s new Chief Justice:

“Are we seeing a crack developing in the hitherto impregnable human rights dogma which has helped emasculate Britain’s defences against terrorism?

“The human rights lobby has consistently and largely successfully fought attempts over the years to strengthen the law against terrorism. It has found a receptive audience in Britain’s judicial establishment, for which the Human Rights Convention has the status of sacred doctrine.

“Yet now, activists are reportedly reluctant to commit to pushing the all-too predictable legal challenges to whatever counter-terrorism legislation the government brings forward.”

Melanie says this is due to the Courts becoming more conservative and explains, “This is partly because of the retirement of the radical president of the Supreme Court, Baroness Hale, and her replacement by a more traditional judge.

“But it’s also because the higher judiciary is deeply sensitive to the need to retain public trust in the rule of law. And it has understood, not least from the general election result and the preceding uproar over parliament’s attempt to stop Brexit which was aided by the courts, that the public has had it up to here with an activist judiciary which is viewed as having helped undermine not just public security but democracy itself.”

In light of this change in the direction of the UK Courts, it’s interesting to reflect on the situation in New Zealand since we too recently changed our Chief Justice.

The former head of our Judiciary, Dame Sian Elias, retired last March on her 70th birthday – the compulsory retirement age for New Zealand judges. She had been appointed to the role by the former National Party Prime Minister Jenny Shipley in 1999 and was considered a highly controversial selection.

With numerous calls for her resignation over the years as a result of her ‘judicial activism’, there were high hopes that her replacement Dame Helen Winkelmann would avoid that trap.

Not so, it seems. Appointed by Prime Minister Jacinda Ardern, it appears the new Chief Justice’s views are consistent with the Labour Party’s commitment not only to gender and ethnic diversity, but also to strengthening racial privilege.

“The judiciary’s claim to legitimacy rests in large part upon its ability to provide equal treatment before the law… If a judge is seen to favour one party over another for reasons unconnected to the merits of the case, then the public will lose confidence in that judge. But if the judiciary as a whole is seen to act in a manner that favours one sector of society over another, then the judiciary will lose its legitimacy.”

She then outlined her commitment to more women judges and more Maori judges – having already backed the appointment of the former head of the Waitangi Tribunal Sir Joe Williams to the Supreme Court. Her goal, she indicated, is to ‘re-educate’ judges and reform the whole justice system by introducing ‘tikanga’ Maori into the law.

The Chief Justice does not appear to understand that by forcing the whole country to adopt the cultural extremism promoted by radical separatists, she is undermining the Rule of Law and with it the foundational concept of equality before the law, which she states is essential for giving the judiciary its legitimacy.

So while many were hoping that our new Chief Justice may usher in a more conservative approach to the law, that now seems unlikely.

In 2005, the Herald wrote, “At the peak of disgruntlement about Elias last year, senior Government members were heard to talk of the need to ‘Sian-proof’ legislation. That means leaving as few ambiguities and loose ends in legislation before Parliament as possible in order to leave no room for later judicial activism, the usually pejorative term to describe development of new principles of law by judges to justify their decisions.”

The Herald described “the Government’s horror at the Court of Appeal’s foreshore and seabed judgment, led by Elias. The decision of June 2003 allowed for the possibility that the Maori Land Court could issue freehold title over the foreshore and seabed. Addressing the consequent legal uncertainties and upheavals in Maoridom dominated the political agenda for the next 18 months.”

Without a doubt Sian Elias’ Ngati Apa judgement was unprecedented judicial activism. By overturning a settled 1963 Court of Appeal ruling in the 90 Mile Beach case – that the Crown owned the foreshore and seabed under common law – in favour of finding that customary title might still exist, Sian Elias opened the floodgates to Maori claims for the coast.

Hundreds poured in to the Maori Land Court, leaving the Labour Government apprehensive that her decision could lead to the privatisation of New Zealand’s entire coastline. This forced them to legislate.

But the 2004 Foreshore and Seabed Act led to a fracturing of Labour as MP Tariana Turia left to set up the Maori Party.

The fact that this Act resulted in almost 600 claims to the coast – over 200 in the High Court with the balance to be determined by the Minister of Treaty Negotiations – demonstrates the disastrous impact that the Chief Justice’s reinterpretation of the law has had on this country.

Again, as the Herald noted, the suspicion with which the judiciary and Sian Elias were regarded in some parliamentary quarters was because their activism made them “more likely to deliver decisions of the foreshore ilk – with a devil-may-care attitude to its consequences.”

And that’s the problem – the public are left to pick up the pieces.

So here we are, almost 20 years later, facing multiple tribal claims for the country’s entire coastline.

Last year the Attorney-General reviewed each of the 200 High Court applications for the coast and came to an initial view that the existence of overlapping claims meant that applicants could not meet the ‘exclusive use and occupation’ test in the law: “To the extent that there is any overlap with any other application, the Attorney-General says such overlap is inconsistent with the applicants’ claims to exclusive use and occupation of the application area without substantial interruption since 1840.”

As a result the Attorney-General came under attack from claimants attempting to restrict his role to that of an observer in the claims process rather than representing the public interest.

This challenge to the role of Attorney-General became a matter for a pre-trial hearing late last year. Fortunately a member of the public, worried about the consequences for the entire claims process if the Attorney-General was sidelined, mounted a defence – in the public interest.

The QC engaged to defend the Attorney-General’s role was the former Attorney-General Chris Finlayson, who had represented the public interest in 2016 in the only coastal claim to have been determined by the High Court.

Chris Finlayson explained to the Court that it was Parliament’s intention for the Attorney-General to stand up for the public interest the High Court process – as noted by Judge Churchman:

“Mr Finlayson referred to the adversarial structure of proceedings in the New Zealand Court system and submitted that, for a proper hearing to occur, cases generally needed to be opposed. He noted that, in relation to many applications under the Act, there may be no individual person or entity for whom the interests at stake from success of a particular application would amount to enough to justify the costs of formal intervention, particularly where interested parties, who are not applicants, do not have the benefit of funding from the Crown. He suggested that this was an example of where the Attorney-General could and should fullfil this role by considering every application and, where necessary, challenging evidence and offering a contradictory argument where one would not otherwise be offered to the Court.”

The Judge found against the claimants, with no restrictions imposed on the Attorney-General.

Later this year, the first of the claims are scheduled to be heard in the High Court. In August it is the Edwards claim for a stretch of Bay of Plenty coastline south of Opotiki and out to the edge of the Territorial Sea. And in November it is the Clarkson claim in the Southern Hawkes Bay for the coast from Whangaehu to Cape Turnagain.

In light of the fact that it became evident early in the claims process that with many taxpayer-funded lawyers arguing in favour of awarding control of the coastline to tribal claimants, and few – if any – voices opposed, the Landowners Coalition registered as an Interested Party in the claims to help oppose them in the public interest. The Coalition is now working with the law firm of former MP Stephen Franks. They intend hiring a QC  to challenge these first two claims on the basis that the judicial determination of the meaning of “exclusive use and occupation” decided in these claims will likely have a precedent effect on all others.

They will maintain that “exclusive” means what it says, and does not mean “shared” use and occupation, which is what the overlapping claimants will argue – especially in the first Edwards case, where there are more than 20 overlapping claims.

If you would like to support the Landowners Coalition to help ensure the public’s voice in the High Court claims process is as strong as possible, please click HERE.

The Landowners Coalition is also working with locals in the claimed areas who understand only too clearly the opportunistic nature of the claims that have been lodged.

If you or anyone you know has information that would help refute the claims in the Edwards or Clarkson cases that the applicants have used and occupied the claimed areas “exclusively and continuously since 1840”, then please contact us on claims@nzcpr.com

*Do you support or oppose the introduction of Maori ‘tikanga’ in the law?