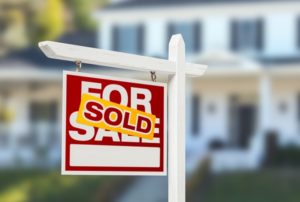 Last week’s housing announcement was a shocking indictment of Jacinda Ardern’s Labour Government. Without taking official advice and without assessing the economic and social costs of their actions, they have made fundamental changes to the residential property investment market and turned back the clock on a century of established tax principles.

Their actions are reckless and irrational – the hallmarks of a government in turmoil, desperately pulling at policy levers in the hope they will deliver desired political outcomes.

Instead of addressing the real cause of New Zealand’s housing affordability crisis, namely the restrictive land use regulations imposed by local authorities that are preventing the supply of sections for new homes keeping up with the demand – Labour is punishing rental property owners as if they are to blame.

How can New Zealanders have confidence in a Prime Minister and her administration when they continually lie to the public?

Parliament has been sitting for only six weeks but already there have been two instances where Jacinda Ardern has used her absolute majority to order the House into urgency to force through draconian law changes under false pretences, with no official advice, and no proper consultation.

In the first case in early February, the Prime Minister justified removing the right of citizens to petition their local councils for a referendum on Maori wards because, she claimed, it was a racist loophole. This was simply not true – she would have known veto rights were a democratic safeguard introduced by Helen Clark to protect electors against local body politicians manipulating the voting system.

Then just last week she was at it again, this time with a housing package that increased the capital gains tax that residential property investors have to pay – the bright-line test – from five years to ten, in spite of an unequivocal promise that she would not impose capital gains taxes while she was Prime Minister: “I am ruling out a capital gains tax under my leadership in the future.”

Newshubs’s Tova O’Brien described her actions as ‘disingenuous politicking at its worst’, saying, “Jacinda Ardern effectively introduced a capital gains tax, breaking one of the biggest promises of her political career – one that she staked her job on.”

The increase in the bright-line test also broke Labour’s election promise. When Deputy Prime Minister Grant Robertson was asked by Newstalk ZB’s Heather du Plessis-Allan just before the election whether the bright-line test would be changed, he categorically ruled it out. When Heather pressed: “Not the rate, and not the years?” – he said “No”.

But clearly, when you have absolute power, “No” can mean “Yes”.

Introducing a decade-long capital gains tax on residential property investors by stealth is punitive in the extreme. All around the world, capital gains are taxed at lower rates than income to reflect the fact that increases in capital value accumulate over a number of years.

The bright-line test however, treats capital gains as income to be taxed at the property owner’s marginal income tax rate in the year in which it is realised.

The Prime Minister also used the loophole lie to justify abolishing the right of rental property owners to deduct the interest they pay on their mortgages as a business expense.

She must surely must be aware that a foundation stone of tax policy – that applies to all forms of investment – is the principle that expenses incurred in the derivation of taxable income should be deducted before tax is applied.

In the same way as the Prime Minister’s 2018 ban on offshore oil and gas exploration, without any prior warning or official advice, was regarded as reckless policy making that damaged New Zealand’s international reputation as a safe place to invest, so too was her decision to axe tax deductibility for property investors.

This was evident in headlines the day of the announcement: “Government housing policy creates economic uncertainty, driving down NZ rates and NZD which is down 2.3% in last 24 hours”.

Tax expert Robin Oliver, a former deputy commissioner at the IRD, described the announcement as “out there”. A member of the Government’s Tax Working Group, he could not think of any example of a sector being unable to deduct an expense which was available to all other sectors of the economy. He called the policy “a massive tax penalty on renting out property. You’re taxed on income that you don’t actually have, because your profit is your income minus your expenses, but they just ignore the expenses part. You could have almost no profit, maybe a loss, but you still have to fork out thousands of dollars to the IRD. It’s not an income tax, it’s just a penalty.”

He claimed the sharp drop in the Kiwi dollar after the announcement was likely to reflect the concern international investors would have about the risk of putting money in New Zealand: “You invest in a country where ministers stand up and suddenly deny your businesses expenses you’ll say ‘I’d better go somewhere else’.”

The fact their new tax is seen as villainising property investors doesn’t appear to worry Labour.

But it is a concern to this week’s NZCPR Guest Commentator, property and business analyst Ashley Church, who is extremely critical of the Government’s treatment of property investors:

“Over the past 20 years, we’ve seen repeated attempts to fix the housing market by identifying and punishing different groups who are supposedly responsible for the woes of the market. In an attempt to curry populist support, successive Kiwi administrations have allowed themselves to be captured by movements which are more focused on punishing groups that they don’t like than actually fixing the housing market.

“Sadly – and despite failed repeated attempts to solve the housing crisis through this nonsense – we’re already seeing signs of the ‘new’ targets of this mob mentality, with property investors and speculators now seen as the cause of all of the problems besetting the housing market. Note the recent decision to introduce a capital gains tax on property investment (under the cover of the Bright Line Test) and to ignore a century of common tax law by disallowing deductions on interest for those operating a property business. These measures have nothing to do with ‘fixing’ the market – they’re about punishing those who are deemed to be the ‘cause’ of the collective woes of those who feel disenfranchised and are little more than a tarted up exercise in social scapegoating.”

Ashley is right – this Government is playing a high-risk game, especially as removing interest deductibility will drive up rents and, by making it even harder to save the deposit for a new home, Labour’s new policy will hurt the very people they purport to be trying to help.

In fact Labour’s changes are so far-reaching that commentators have yet to form a consensus about the impact they will have on house prices – and, more importantly, on home equity.

The Minister of Finance was warned about the economic risk of creating housing instability by the Reserve Bank Governor last December: “House price instability can threaten the resilience of banks at the system and individual level. Sharp declines in house prices during a recession can cause significant mortgage defaults and large losses for banks. This risk is particularly acute when many mortgage borrowers are highly indebted, relative to their incomes and home values. As interest rates have structurally fallen over the last decades, debt serviceability has become more affordable, while the amount of debt relative to income for new mortgagors has steadily increased.”

Since equity ownership in housing represents more than two thirds of New Zealand households’ total wealth – influencing perceived wealth and spending decisions – maintaining stability at a time when the New Zealand economy is already struggling from the effects of the pandemic, would seem to be an important policy priority for any responsible government.

That’s what makes Labour’s housing bombshell so dangerous – it is creating uncertainty at a precarious time.

Cameron Bagrie, the Managing Director of Bagrie Economics was shocked that the Government had introduced such far-reaching measures as abolishing tax deductibility without advice: “If the Government chooses to ignore that advice, fine. That is a political call, but I find it just unacceptable that there’s no advice… on a major initiative such as that. It sets a very dangerous precedent.”

The reality is that Labour’s housing policy was made on the hoof – as Treasury explains: “This Regulatory Impact Statement has been produced under extremely tight time constraints without consultation or the benefit of robust data… It represents the Treasury’s best assessment of the options identified by the Government in the time available.”

It turns out that while Labour’s solution to the housing crisis was to impose tax increases on property investors, Treasury had warned against it: “tax settings are not the primary driver of problems in the housing market”. They also warned the proposals could result in rent increases: “extending the bright-line test may put upward pressure on rents.”

So, there we have it. Our Government cobbled together a punitive housing policy to penalise rental property owners with such haste that while their official advisors were not able to produce a comprehensive analysis of the likely impact of the proposals in the time available, both Treasury and the IRD had nevertheless advised against extending the bright-line test to 10 years and removing interest deductibility for rental property investors.

Labour ignored their advice and introduced their punitive changes through a 50-page Supplementary Order Paper added into a tax bill – Taxation (Annual Rates for 2021-21, Feasibility Expenditure, and Remedial Matters) Bill – that had already gone through a Select Committee process and was waiting for a third reading. It passed through Parliament under urgency the day of the announcement.

In their advice, Treasury had suggested that if the Government really wanted to tackle the housing crisis, they should focus on removing the restrictions that are preventing the supply of housing from keeping up with demand. They believe New Zealand’s long-term housing shortfall could be between 40,000 to 130,000 houses, and they identify a range of restrictions that are exacerbating the problem including the increasing costs of building, and regulatory barriers such as zoning and planning laws.

Labour is well aware of these problems.

In 2016, their Housing Spokesman Phil Twyford called for urban growth boundaries to be removed: “Over 25 years the urban growth boundary hasn’t prevented sprawl, but it has driven land and housing costs through the roof… Labour’s plan will free up the restrictive land use rules that stop the city growing up and out. It will stop land prices skyrocketing… The urban growth boundary creates an artificial scarcity of land, and drives up section costs….”

But once they became the Government, instead of introducing reforms to remove the restrictions, Labour tried to exempt themselves from them. Despite that, Kiwibuild became a spectacular failure. And, the deep seated problems that beset the housing sector, that must be resolved if New Zealand’s housing market is ever to function properly, still remain.

Unfortunately, Labour doesn’t appear to have the fortitude to make the changes that are necessary, and so it is attacking property investors instead.

Let’s be clear – last week’s changes are purely political. They were introduced by a Government desperate to be seen to be doing something about a runaway property market. In the long term, such policies will inevitably fail, because they are predicated on fundamentally flawed socialist thinking that political intervention can drive an economy.

*Do you think the housing package Labour announced last week will solve New Zealand’s housing affordability crisis?
Note: Please feel free to use the poll comments to share your views on any of the issues raised in this week’s newsletter.